It was with great trepidation, that I popped Alain Resnais’ extraordinary Last Year at Marienbad into my Blu-ray player.

Not because I don’t like, or respect the film. I do.

But rather, because I had been forced to view it ad nauseam in film classes, along with L’Avventura, and the Best of Bergman and Fellini.

But it was akin to revising an old friend, albeit in far nicer form that it had looked in earlier projections, which were in 16mm.

Kino Classics new Blu-ray is derived from a 4k scan of a quality 35mm element, with audio to match.

Everything looks proper here, from grain structure to overall imagery.

While one is on the topic of Mr. Renais, best also to also consider Hiroshima Mon Amour and Muriel, both available from Criterion.

As to Last Year, nice work from Kino! 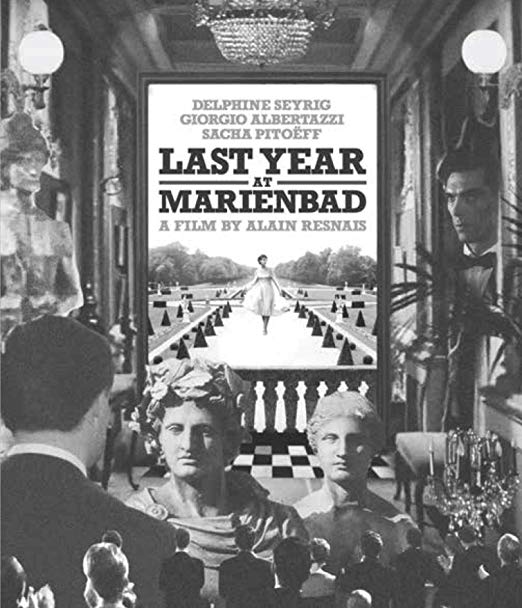