Never was a Presley fan, but I can understand and respect those who were.

Between 1956 and 1969, he appeared in over twenty feature films Fox, M-G-M, Paramount and indies.

King Creole, a 1958 Paramount production, is a decent film, probably because of Michael Curtiz in the director’s chair. But was it Vista. Loving You in 1957, certainly was.

King Creole is spine number 2 in Paramount’s new commemorative series, and overall it looks very nice, as long you don’t sit up close.

Start looking at grain structure, and bits and pieces seem to go astray, so don’t.

But sit at a nominal distance, like a human, and all will be well. Shot in black and white by Russell Harlen, the new release is generally very pleasing. It’s clean, steady and works as promised. Nice gray scale, nice blacks. All’s well.

Tracks include 5.1 as well as a restored mono.

As to Vista, I’m wondering that if it is not, if the production might have been affected by all cameras being in use on other projects?

I’m very pleased to see this movie coming to Blu-ray. It has an intelligent plot, some great actors and a number of Elvis’s more popular songs. Was it filmed in Vistavision? The DVD print has Vistavision cue marks but I’m not sure if that makes it so.

Liliane Montivecchi does one memorable musical number in the film. She died at age 85 two years ago after an illustrious stage career which included the 1982 Broadway production of “Nine”. I was lucky enough to see her in Paris a few years ago in a musical production of “Mistingett” based on the famous French music hall singer of the '20s and '30s. 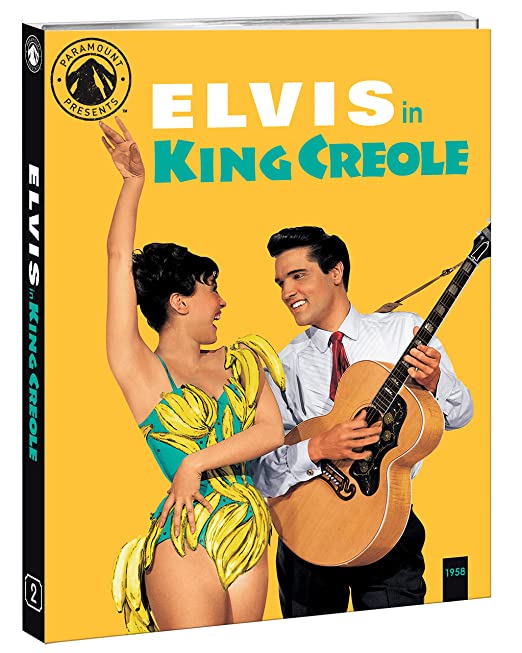