Posted on November 4, 2019 by Robert Harris
While I hate to be the naysayer, I don't like what I'm seeing, viewed both in projection, as well as on a Sony OLED with Dolby Vision. 4 Stars

Frank Capra’s It’s a Wonderful Life, has received a 4k make-over from the OCN, and with the help of Dolby Vision, at least to my eye, results are mixed.

On the plus side, we gain a far more stable image, that’s also more highly resolved, with gorgeous grain structure.

The gray scale no longer has a proper look to it, with blacks overriding the image, and shadow detail, that was in the earlier Blu-ray, lost.

While I hate to be the naysayer, I don’t like what I’m seeing, viewed both in projection, as well as on a Sony OLED with Dolby Vision.

Along with the new 4k, one gets a godawful colorized version.

Upgrade from Blu-ray – I don’t have the answer for this one. 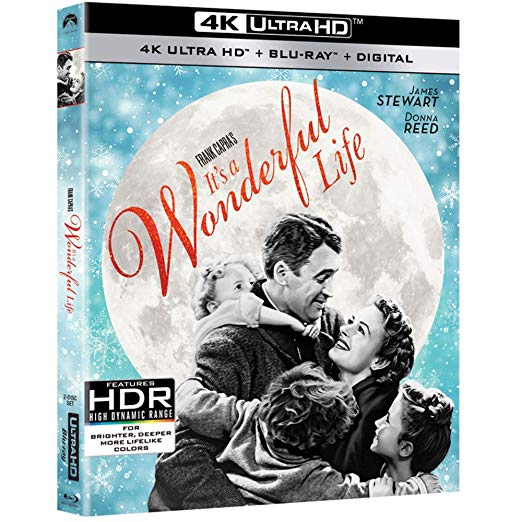