Posted on May 10, 2019 by Kevin Collins
For me, it's a buy, especially since I'm sure that we all desire more 4k releases from Kino. 4 Stars

I am not perfect.

Occasionally, a new release, especially when 4k, comes along that just has me puzzled.

Hannibal is one of those.

And it’s a very Important release for Kino Lorber, as it’s their first foray into 4k.

The original Blu-ray was fine, but nothing to shout about.

As directed by Ridley Scott – yes, we receive two of Mr. Scott’s films in 4k this month – the other being Black Hawk Down – and photographed by John Mathieson, on several different negative stocks, it’s a film in some ways of multiple looks.

Filtered, and softened, as in the case of Julianne Moore’s closer shots, sharp and unfiltered for Ray Liotta, and then there’s the Mason Verger puppet.

It’s that puppet that caught my attention.

In the Blu-ray, there’s a layer of heavy grain that hides some of the details, while in 4k, that grain seems to be gone. I don’t know how to react to this, as I know neither the intent, nor the proper look.

Not a clue, although I prefer the look of the 4k.

I’ve spent an inordinate amount of time eyeballing these discs, comparing the Blu with the 4k, and while there seems to be a slight uptick in resolution in some shots, most – inclusive of virtually every shot of Ms Moore, seems to be what it is – just not highly resolved. I’m seeing minimal extra information in unfiltered long shots, such as the entrance to the Biltmore Estate in Asheville, NC, previously the home of Chance, aka Chauncey Gardiner.

Which brings me to that age-old question.

Are certain older films simply not candidates for 4k, while others are?

That’s not to infer that this is a problematic release. It isn’t. And if it was, I’d say it loud and clear.

Kino Lorber’s 4k Hannibal, is definitely a step up from the Blu-ray, especially when it comes to the Verger footage, which was downright unpleasant looking in the Blu-ray.

For me, it’s a buy, especially since I’m sure that we all desire more 4k releases from Kino.

It has been confirmed that this is a new 4k scan. 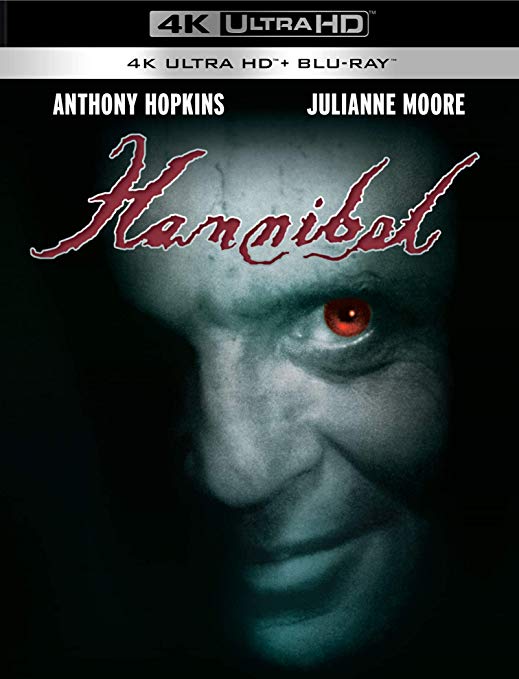