Forum List What's new Dark Style Change width
Log in Register
What's new Search
Menu
Log in
Register
Navigation
Install the app
More options
Dark Style
Close Menu
Posted on May 13, 2020 by Robert Harris
You are using an out of date browser. It may not display this or other websites correctly.
You should upgrade or use an alternative browser.
4 Stars
Adrian Lyne’s Flashdance opened on April 15, 1983, to generally disastrous reviews. It was based upon’
the life of Maureen Marder, construction worker / stripper.Fortunately, for me, I’d not read them. Saw it in a theater, and loved it.

A 20 year-old young woman, stuck in a decaying Pittsburgh (Wayne, Scott and Dietrich had left town long before),
wanting nothing but to dance, and get out of the mills.

And everything goes wrong for her.

Jennifer Beals, in her first starring role is terrific, and remains so to this day, as the film stands the test of time beautifully.
I noted that the date of birth for her character, Alex Owens, as seen on her application form, is her own December 19, 1963.

Music composed by Giorgio Moroder, who had previously scored a silent film;

Just a terrific piece of entertainment.

How does it look and sound on Paramount’s new Blu-ray?

Very nice. No dirt. No registration or fade issues. Nice black levels, and shadow detail. It all works beautifully.

When I put together these offerings, I occasionally check certain actors, to see where they’ve gone in the
intervening years, and was troubled to find that Sunny Johnson, who played Jeanie Szabo in the film (the ice
skating friend), passed away just eight weeks after the film opened.

This is spine number 4 in Paramount’s new super-duper series, was released on Blu-ray, with more extras than are
on this new one. Only one new short featurette, with director Lyne. I had expected more for a super-duper release,
possibly a piece with Ms Beals, but the image quality is lovely. I presume it’s a new transfer, but can’t comment,
as I no longer have the previous versions, which as I recall, was also a very nice image harvest.

All that matters is that it’s fine.

Nominated for four Academy Awards (Editing, Music/Original Score, Cinematography, and Original Song (What a Feeling) – which it won.

If you don’t have Flashdance in your library, this one will do very nicely.

Upgrade from previous Blu-ray – No

I'm sorry for the confusion as Kevin added RAH's review to Facebook and our Portal Page. I'm locking this thread and deleting prior posts questioning the need for this duplicate post. Please, continue discussion of "Flashdance" here.

Yesterday at 8:22 AM
Wiseguy 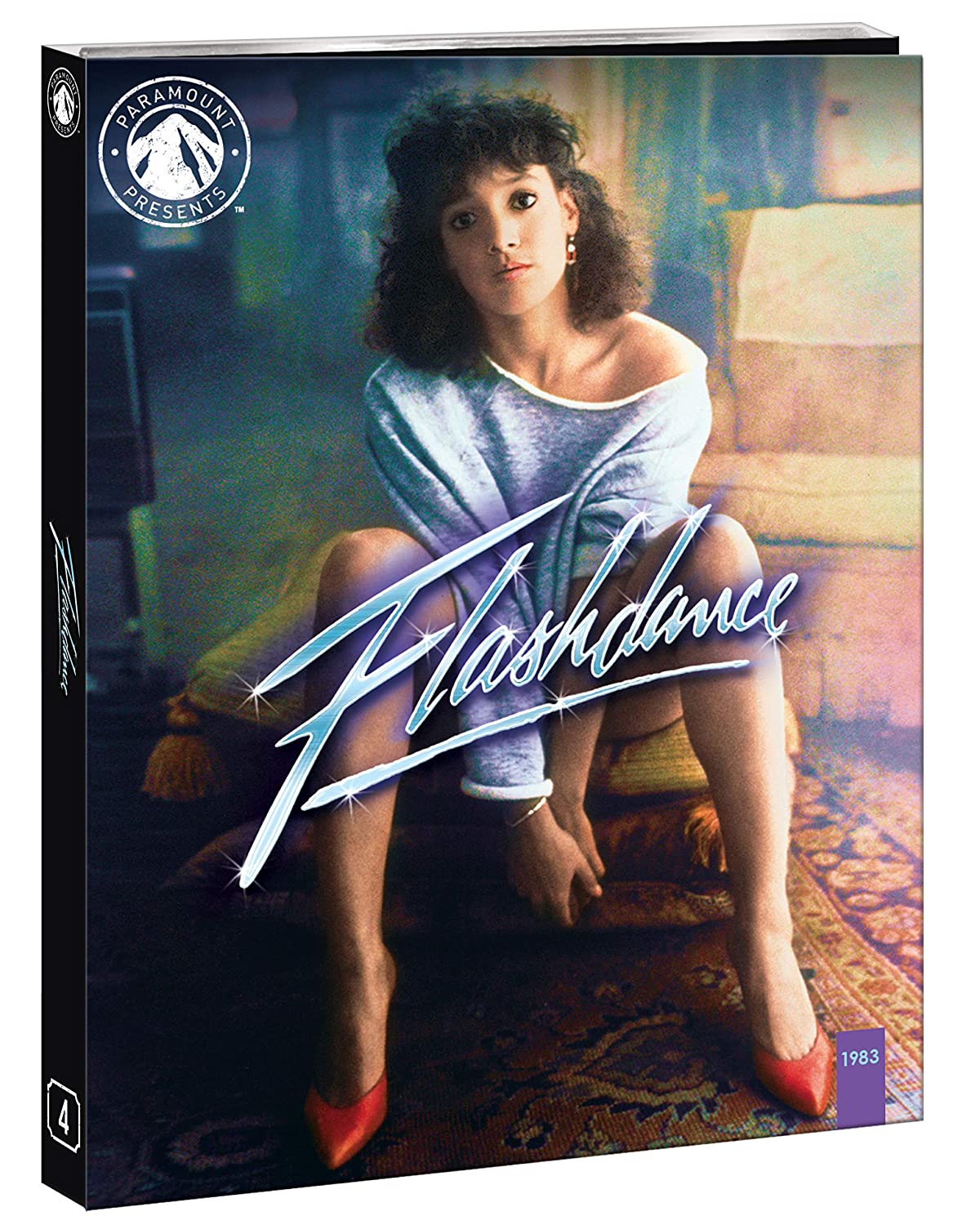