Posted on May 13, 2018 by Robert Harris
Upgrade from DVD - Doubtful, unless there is a need 4 Stars

Fistful of Dollars, was the earliest of the Clint Eastwood / Sergio Leone Italian western imports.

There were thousands that followed, mostly with unidentified talent, and sold packaged with the better films, if you wanted those for distribution.

It was photographed in Techniscope, 35/2.

The antithesis of Technicolor’s majestic Technirama process, it was used for low budget productions, first appearing in films such as Gladiators 7, an Italian production released in October of 1962, and arriving in the U.S. in May of 1964.

It would become the standard of many beloved “spaghetti” westerns.

Fistful was produced on a tiny budget, which can be seen in obvious problems with Kino Lorber’s new Blu-ray.

Constantly shifting colors, and lack of overall color continuity, may be processing problems – they tend toward yellow, mixed with cyan-blue – along with what appears to be light struck shots, possibly some sort of camera or later optical problem, as the bottom of certain shots flares to yellow-orange.

Those fans of the genre will want to add this film to their libraries, but be forewarned that quality is all over the map, presumably based upon MGM’s transfer, as delivered to Kino.

Upgrade from DVD – Doubtful, unless there is a need 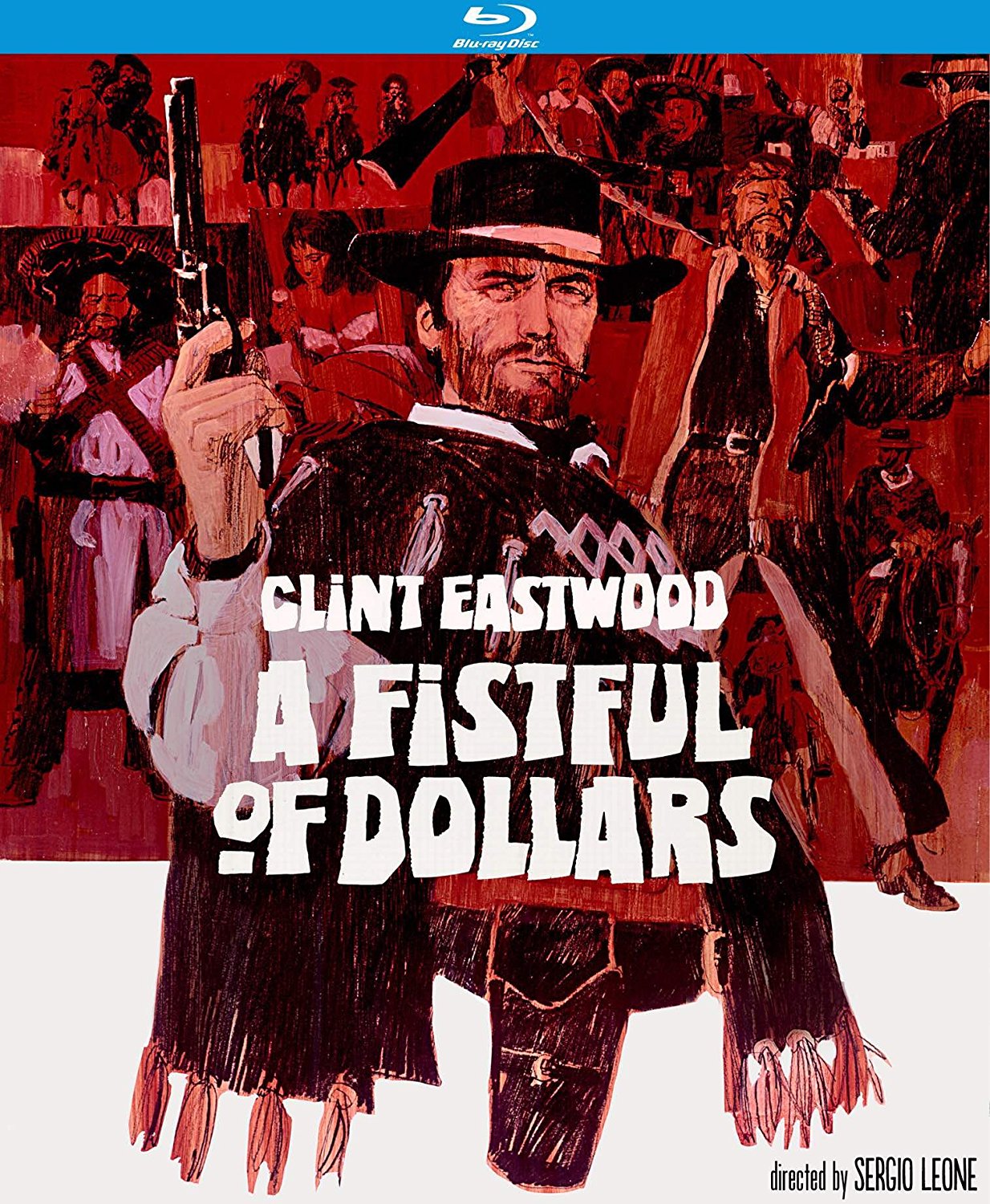