Posted on May 15, 2019 by Robert Harris
Some films are best left to one's memories of them. This is probably one of those. 4 Stars

The imagery on Shout Factory’s new Blu-ray of the 1974 all-star epic catastrophe production, Earthquake, is of requisite enough quality to show off the film’s effects for their analogue quality.

Which were not good.

While many top actors, or actors of the past, got themselves a paycheck to appear in this film, the actual star was probably the publicity sizzle of the Sensurround process, as explained in a short piece by Ben Burtt.

I recalled the “landing airliner” in the TV version as being the best part of the broadcast, but my memory must be going, as it’s truly awful.

Some films are best left to one’s memories of them. This is probably one of those.

Imagery is more than acceptable for the feature version, and audio is fine. The TV version is probably best left undiscussed.

Upgrade from DVD – If you must 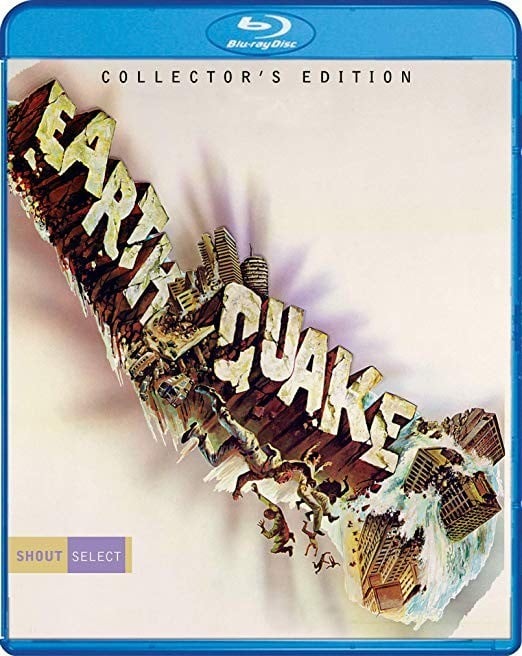