Posted on December 24, 2019 by Robert Harris
Both of these films are wonderful oddities, and both are finally worthy of your attention due to the high quality masters used to create Kino's Blu-rays. 4 Stars

We’ve not had great luck with the quality of Universal / Paramount Technicolor of late, and I was very pleasantly surprised by these, not only as my exceptions were low, but because their quality was excellent.

I’ve mention in the past, how rare these early Tech productions are.

And to make matters worse, very few make it to Blu-ray. And many of those that do, arrive in unacceptable quality.

Both are interesting films.

Doctor Cyclops, a Paramount production, was directed by Ernest Schoedsack, probably best known for his partnership with Merian Cooper at RKO. A mad scientist drama, all 77 minutes was shot either at Paramount studio or the range in Agoura, CA.

Cobra Woman, a Universal film, has been on the Maria Montez fan want list forever, finally arriving with all her Technicolor splendor intact, and in a twin role. Another short feature, at only 71 minutes, it features Jon Hall and Sabu. Robert Siodmak, possibly best known for his noir work, directs, while Richard Brooks, later one of our most literate filmmakers gets a piece of screenplay credit.

Both of these films are wonderful oddities, and both are finally worthy of your attention due to the high quality masters used to create Kino’s Blu-rays. Both give a wonderful concept of what the process looked like it its heyday. 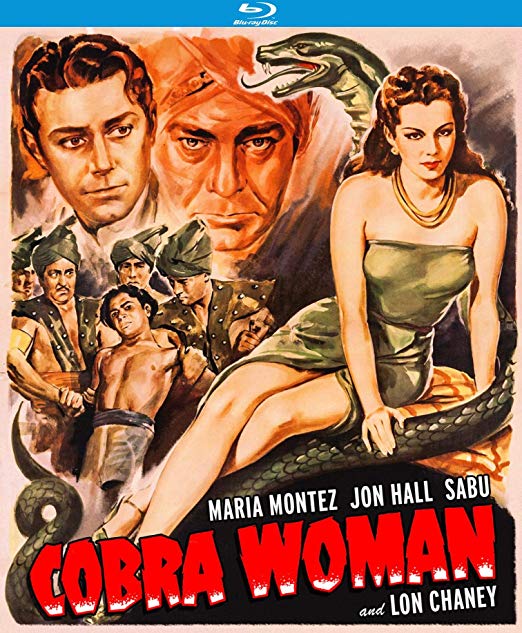