Forum List What's new Dark Style Change width
Log in Register
What's new Search
Menu
Log in
Register
Navigation
Install the app
More options
Dark Style
Close Menu
Posted on November 3, 2020 by Robert Harris
You are using an out of date browser. It may not display this or other websites correctly.
You should upgrade or use an alternative browser.

Blue Underground seldom does things in a less than high-class fashion.

So it is with Daughters of Darkness, Harry Kumel’s 1971 Belgian vampire film – how many Belgian
vampire films have there been? – which arrives in a superior state.

Starring Delphine Seyrig – I find it difficult to believe that’s she’s been gone for thirty years – who was born in Beirut, and raised in Paris to a very interesting family. Worth researching.

As noted above, Blue Underground seldom fails to impress, and here they almost go overboard, inclusive of a lenticular slipcover, that might lead some to believe that this is the missing 3D version of the film.

While it isn’t, it’s beautiful. Derived from a 4k scan of the uncut original negative – I believe here in the U.S. it was always uncut – this is a meticulously produced 4k release.

As a film, it’s something special, as it never hits one over the head – “Look, a Vampire!” – and takes a far more
delicate tone in moving the tale along.

Well worth owning, as the relapse is filled to overflowing with wonderful extras, inclusive of an audio CD of the score.

Originally released in monaural, the release includes a remix, presumably from the stems to 5.1. The original mono is also included.

I got mine on Halloween Day ! I Love it ! It's not the same as the previously-issued BD. It's a new BD based on the scan used for the 4K UHD disc.

Oddly, it doesn't appear that Blue Underground intends to release this new BD on its own. Right now, it's just a toss-in for the 4K package!

I've only been able to access the BluRay transfer so far for review (on Filmalert101) but it is a knockout and indeed taken from the new 4K scan and grade. The Director, Harry Kumel was very much an admirer of Sternberg and he made a short docu with Jo who was still alive in 1968 for Dutch TV, shot in English, which is included in Criterion's Docks of New York Blu Ray.)

Kumel hit his stride in 68 with a movie called Monsieur Harwarden which hit the arthouse and international film fest circuit that year. Among other things he made a terffiic Period costume thriller with Orson Welles called Malpertius. But his crowning glory for me is Daughters of Darkness. I first saw it in a 42nd ST NYC grindhouse in 1972 on a double with a German boobs and slasher period/costume sexploitation film called Tower of Screaming Virgins (a title one would never forget.) It wasn't bad, despite atrocious dubbing etc, but Daughters took even that hardened and often soporific 42nd audience and grabbed 'em by the throat. The old Anchor Bay DVD of this was OK but the color and general tech were abysmal. The new scan from Oneg and the transfers are absolutely top quality. I don't know if David Mackenzie did the encode but it looks like it. Ican only guess for now how much better the UHD and DV disc could possibly look, the Blu is an absolute pearl. And of course the star is Delphine Seyrig, to me an axiom of cinema.

I saw this projected yesterday and it is one of the most gorgeous 4K UHDs in my collection. I was surprised, as the cover clearly states it has "Dolby Vision HDR" and I was expecting it to look as bad in projection as some of the other 4K UHD titles which have had Dolby Vision HDR slathered all over them.

Disappointingly, there is absolutely no information included in the accompanying booklet as to who performed the restoration or who performed the exquisite mastering of the the transfer to disc! I haven't found any information on the web either. I know James White of Arrow Films mentioned in an interview in 2018 that he would have loved to restore Daughters Of Darkness - obviously, somebody else beat him to it. 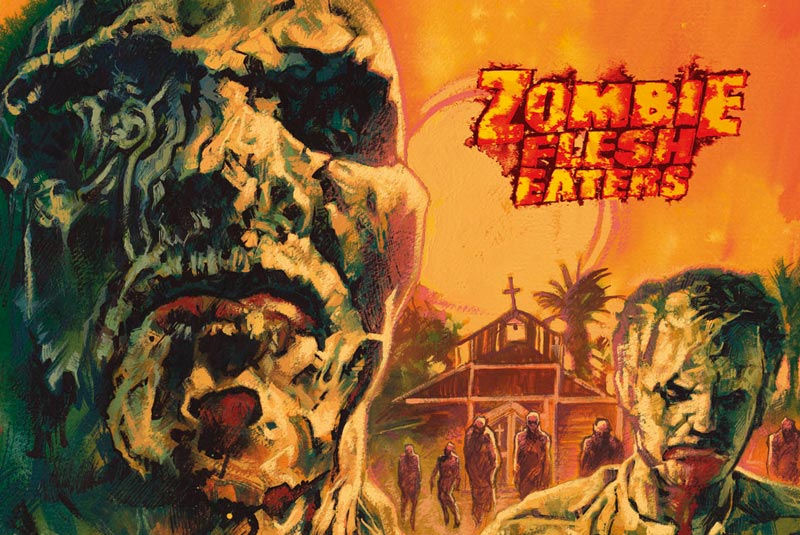 James White, Head of Restoration and Technical Services at Arrow Films, talks to us about the process of restoring and reviving both classic and obscure film titles, working together with the original filmmakers, how the films are chosen to get the Arrow treatment, and his favourites to date...

Blue Underground are obviously very proud of all the great reviews this disc has received - if only they could give credit to the people that deserve it!
D

I ‘ve had the boxset now for quite a while. The DV disc is superb, including default to HDR on projection. I would swear the mastering was done, or completed by David Mackenzie.

david hare said:
I ‘ve had the boxset now for quite a while. The DV disc is superb, including default to HDR on projection. I would swear the mastering was done, or completed by David Mackenzie.
Click to expand...

Yes - it's at the same level of excellence that Fidelity in Motion consistently produce. However, I would have thought that they then might have had something about any work for Blue Underground on their website - Zombie was also a spectacular restoration - but it doesn't appear that they have.
You must log in or register to reply here.

Wednesday at 7:41 AM
Patrick McCart