I could have sworn that Hitchcock’s Blackmail has been previously released on Blu-ray, but found no mention. Strangely, I had memory of it tinted. I then realized that I was thinking of The Lodger.

But no matter, it can now be found – with a bit of danger – via Kino Lorber’s new release, which includes both the silent, as well as the sound versions, and tagging along, a disc in 1.20 aspect ratio. Not certain that I understand the rationale there.

From quality 35mm elements, albeit at least partially unrestored, Kino’s release is a quality disc.

Hitchcock’s first sound film, and second thriller is a worthy addition to every serous library.

Be aware that there are pirated versions available, in similar fashion to the original Man Who Knew Too Much, Sabotage, Lady Vanishes, 39 Steps, etc.

And unfortunately, the vendors carrying these pirated goods are inclusive of those that you’d normally visit to get the legal releases – Amazon, Barnes & Noble, Best Buy at the fore.

Kino has released Blackmail, along with the 1930 Murder, and the same caveats as to pirated copies via illegally functioning vendors applies. Presuming that Studio Canal also licenses the other early Hitchcock productions, hopefully Kino will be able to make those available. 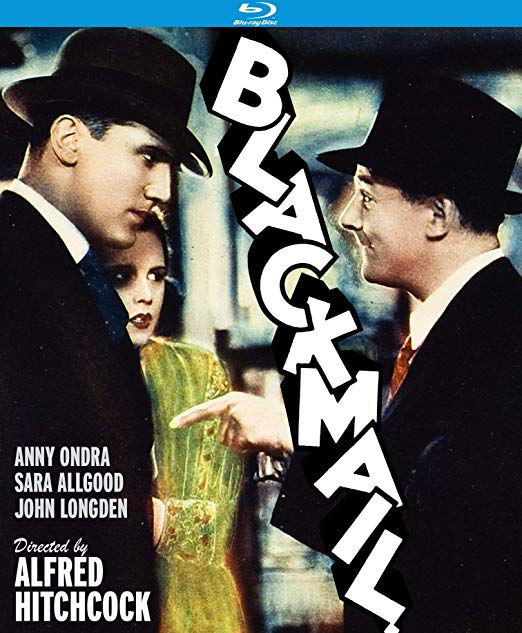