Posted on April 5, 2019 by Robert Harris
Be aware that it's reputation as a clunker of film does not hold up - especially while viewing it in a proper color restoration. 4 Stars

I would bet that most cinephiles will know of Rouben Mamoulian’s 1935 Becky Sharp by reputation only.

A couple of decades ago, UCLA’s Master of Restoration, Robert Gitt, performed yeoman-like work to gather the extant film elements and restore the film as well as possible, within the analogue domain.

Recently, Paramount, the owner of the film via the NTA library, stepped up to the plate, with helpful funding from other sources, and did their updated digital restoration, and the results are remarkable.

Generally, with the exception of the final reel, even those with a semi-knowledgable eye, will find no problems with the colors, densities and registration of elements. Certain sequences and shots have been captured from masters, and an increases of grain and contrast, are unavoidable.

But all in all, with the exception of that final reel, Kino’s new Blu-ray, based upon Paramount’s new HD master is never less than magnificent. There’s quite a bit of digital slight of hand going on here, but most people will never be aware.

The only way for those interested, will be to view the film, a short 84 minutes, and follow up with Mr. Theakston’s entertaining and educational commentary track.

For those giving this film a first viewing, keep in mind that it was a halo project for Technicolor – the first 3-strip feature – which shows off the primary color palette.

Also, for those who know the film only by reputation, be aware that it’s reputation as a clunker of film does not hold up – especially while viewing it in a proper color restoration. 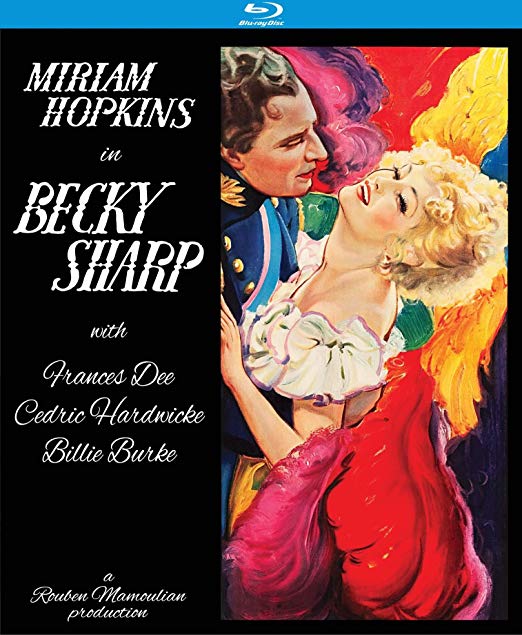