Mary Harron’s American Psycho is a wonderful, and interesting tribute to what is percevied as the male psyche, hormonal or otherwise.

The great Mr. Ebert hit the nail on the head with his 2000 review:

“It’s just as well a woman directed “American Psycho.” She’s transformed a novel about blood lust into a movie about men’s vanity. A male director might have thought Patrick Bateman, the hero of “American Psycho,” was a serial killer because of psychological twists, but Mary Harron sees him as a guy who’s prey to the usual male drives and compulsions. He just acts out a little more.”

After appearing in Empire of the Sun, thirteen years previous, Christian Bale is back as a consenting adult hitting the bar scene, in the form of Patrick Bateman.

His talents are obvious here, and it’s a pity that he was hardly seen thereafter.

I noted in my words on Halloween, that Lionsgate is making full use of their catalog library, and stepping up with funds to create new 4k image harvests, and American Psycho is yet another recipient of that thoughtful studio parentage. 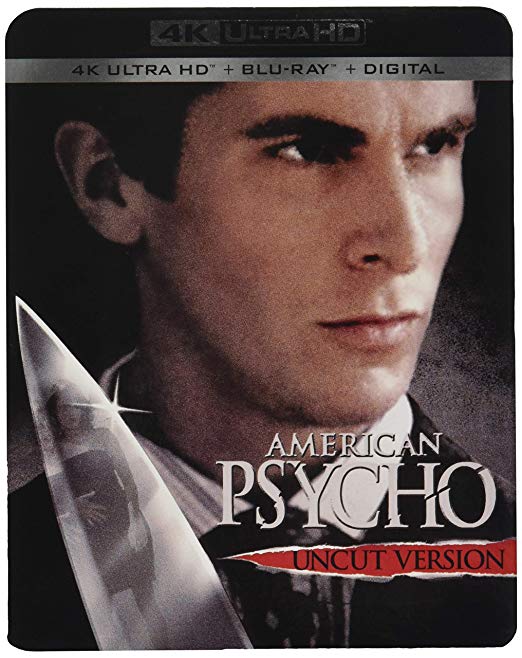