Robert Rodriguez’ Alita Battle Angel is one of those home video distribution rarities, thanks to Fox. Rather than splitting up Blu-ray / 3D combo packs from the 4k, they’ve given fans all three variants.

I knew nothing about this film going in, and found it an enjoyable ride, beautifully combining DP Bill Pope’s digital production photography with layers of effects.

And it works beautifully.

Audio courtesy of a Dolby Atmos mix, is huge and room-filling.

Rosa Salazar, digitally reconfirmed as a Keane painting, does a fine job as Alita, which properly credits the original Japanese graph novel by Yukito Kishiro. Nice to see credit, where it’s due. 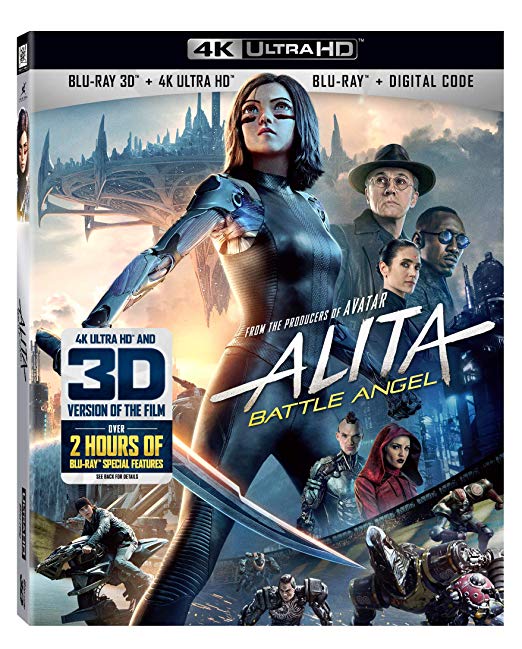