The new Blu-ray from Kino, courtesy of Universal is a pleasant surprise 4 Stars

Without a doubt, Paramount’s 1933 Alice in Wonderland is one of the strangest films to come from the studio during that era.

It is known from contemporary interviews, that the author, Charles Dodgson, known as Lewis Carroll, had always wanted his books (Alice’s Adventures in Wonderland, and the 1871 Through the Looking-Glass, and What Alice Found There) to come to cinema in animated form. Before his passing, records show discussions with the Brothers Melies, but nothing came of it.

His wish had to wait until 1951, when animated motion pictures were invented by Walt Disney – his first feature length being Alice in Wonderland, which has fortunately survived the ravages of the nitrate era.

Which brings us back to Paramount, and their all-star 76-minute extravaganza filled with the finest effects of the era.

Starring 19 year-old (newcomer to film) Charlotte Henry, directed by Norman McLeod, with a screenplay by Joseph Mankiewicz and William Cameron Menzies, , a score by Dimitri Tiomkin, and photographed by Bert Glennon and Henry Sharp, it still failed to create a buzz at the boxoffice.

The new Blu-ray from Kino, courtesy of Universal is a pleasant surprise, possibly because elements weren’t over-printed. Although there’s an occasional very insignificant cut through, the overall resolution, gray scale, grain structure are extremely pleasing. A bit of movement, but nothing problematic.

This is a film that I’ve never seen, although I’ve read about it numerous times – in most cases the actors’ filmographies, or the old “Films of…” series of books.

For fans of Grant, Fields, Cooper and others, even with brief performances, it’s a very interesting means of seeing these noted thespians used in odd, actually very odd, ways.

I can’t believe my first comment in years is to correct R.Harris. Disney’s first animated feature was Snow White and the 7 Dwarfs in 1937. Alice in Wonderland was indeed Disney’s unusual feature with many of the characters from the Carroll books. Beautifully animated with an excellent score, Alice was not as big a hit as the traditional princess Disney films (Snow White, Cinderella, etc.) but parents and kids hungry for a full length one narrative feature came anyway.
When MGM made THE WIZARD OF OZ they were determined not to make the same mistake as this film and use makeup that didn't obscure the actors' faces. The criticism of this film has always been, why spend money on the big stars when you can't see their faces.
Yeah, I think RAH was joking about it being Di$ney's first animated feature.
I also find it amusing that they used a pic from the Di$ney version on a review of the 1933 film.
You beat me to it! I re-read the sentence many times thinking maybe I wasn't interpreting it right. 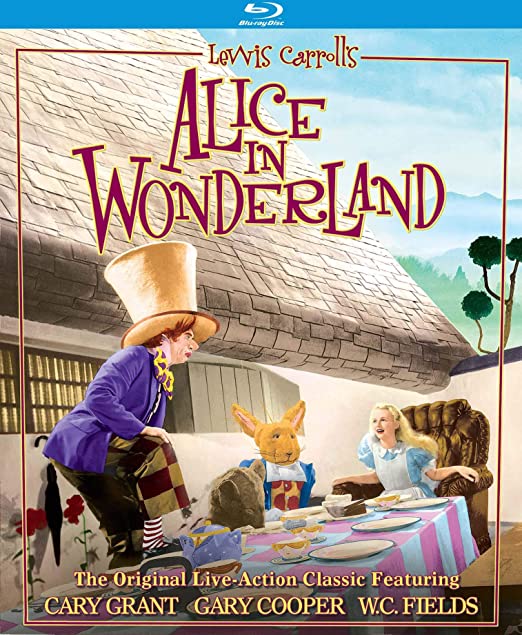