Forum List What's new Dark Style Change width
Log in Register
What's new Search
Menu
Log in
Register
Navigation
Install the app
More options
Dark Style
Close Menu
Posted on August 5, 2019 by Robert Harris
You are using an out of date browser. It may not display this or other websites correctly.
You should upgrade or use an alternative browser.
The elements that Paramount delivered to Universal on their old library, can sometimes be iffy, but this one stands out, and translates beautifully to Kino Lorber's new Blu-ray. 4 Stars

Of the many films that I’ve been reviewing recently, A Foreign Affair, is a pleasure. And a new one to me.

Writing going back to 1929, Mr. Wilder moved to directing in 1942, and for the next four decades, became synonymous with quality productions. Some of the finest to come out of the studio system.

A Foreign Affair, a 1948 Paramount production, now controlled by Universal, per a point made by the superb commentary from Joseph McBride, was the second in a trilogy of films that Mr. Wilder made using the old country as a backdrop to the tale.

The elements that Paramount delivered to Universal on their old library, can sometimes be iffy, but this one stands out, and translates beautifully to Kino Lorber’s new Blu-ray.

It was shot by Wilder’s occasional go-to cinematographer, Charles Lang, in black & white. For a lesson in what can be done with black & white, see his work on The Ghost and Mrs. Muir.

A worthy addition by every fan of Mr. Wilder’s work.

Sounds like a huge upgrade over what Turner Classic Movies shows. I viewed it two or three years ago on there and it was in pretty poor shape. And compounding its troubles, it somehow had a several minute long scene that repeated itself.

While a good ways down on my list of Jean Arthur favorites, it was a good film and it will be nice to get to see it in solid shape.
Last edited: Aug 1, 2019
P

It sure has been a fruitful period for BD releases of the Billy Wilder canon, with a Region A of "The Lost Weekend" up at bat.
Now, if Kino could only get their hands on "Ball of Fire" (1941).
With "Ball of Fire", we will finally have all of Billy Wilder's 21 Oscar nominations available on BD;
to which this work represents his bid for Best Screenplay (co-written with Thomas Monroe).

Has a Region-A Blu-ray of "The Lost Weekend" been announced?!

Filmgazer said:
Has a Region-A Blu-ray of "The Lost Weekend" been announced?!
Click to expand...

Thanks for the confirmation about "The Lost Weekend coming to Blu-ray. Pretty exciting news! Just awaiting release date.
You must log in or register to reply here. 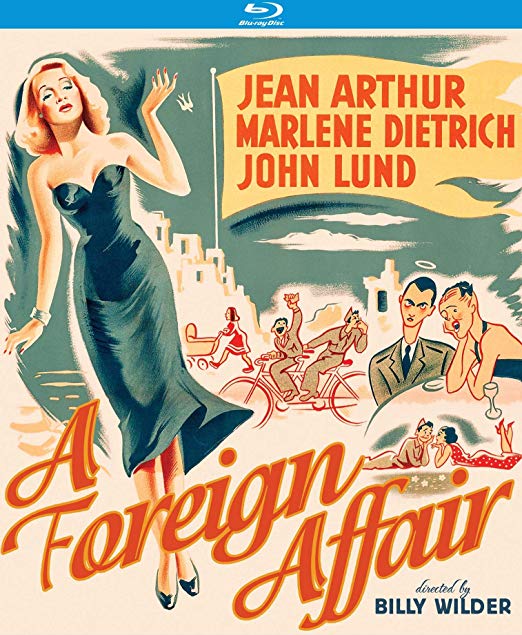