Forum List What's new Dark Style Change width
Log in Register
What's new Search
Menu
Log in
Register
Navigation
Install the app
More options
Dark Style
Close Menu
Posted on October 19, 2021 by Sam Posten
You are using an out of date browser. It may not display this or other websites correctly.
You should upgrade or use an alternative browser.
I was cured, all right. 4 Stars 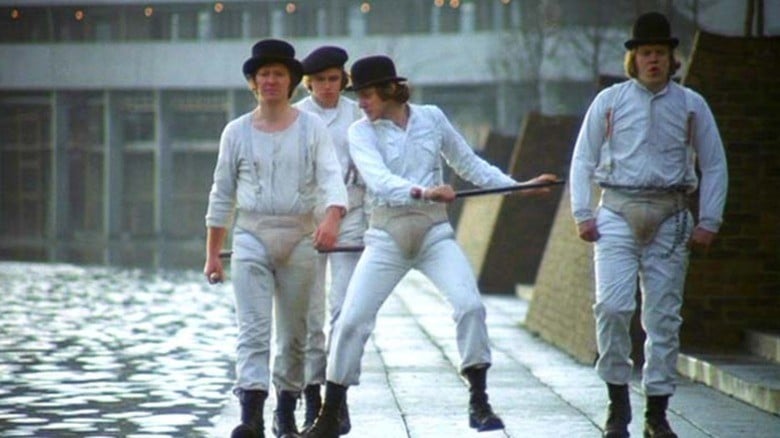 In a dystopian near future England, Alex (Malcolm McDowell) and his ne’er do well chum droogs, are nonplussed about their futures, society, and, well, life in general. Their chief concern is their own entertainment which consists mostly of ultraviolence and sex, whether consensual or not. Coddled by their parents and ignored by most everyone else, Alex and crew beat up drunks, rival gangs, and random rich people in their own homes. Once such home invasion goes wrong and Alex is captured by the police and sentenced to 14 years of prison, where he is stifled and miserable. To shorten his sentence Alex agrees to a new therapy: one that shocks his entire system with more violence than he can handle, and yet he is not allowed to look away. But what seals his aversion to future violence is linking his disgust for violence to the one thing he loves: Beethoven’s music. Alex is broken, he cannot return to his parents, he cannot enjoy violence or music, and his droogs have, of all things, become police themselves. As he languishes he is given one last chance: can he become a public symbol of redemption to the people he despises? 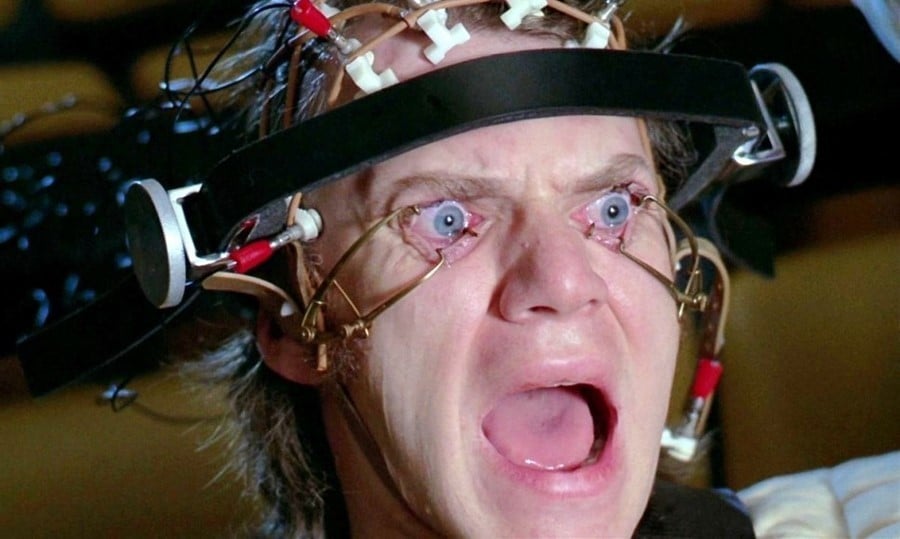 Even 50 year later A Clockwork Orange is hard to watch. I know I had seen most of it in the past but I am not certain my film history or sense of the world would have allowed me to appreciate it on such a deep level as I am able to today. Orange also has new relevance as politics have allowed many who see Alex’s apathy and disdain for polite society as something to emulate and admire. While the violence depicted pales to what is possible in 2021 films, it remains disturbing and I was not prepared for the frank and prolific depiction of sex in the film. On release it was given an X rating and while that may seem laughable today it was risque indeed for its own day.

And what to make of Alex’s therapy? We’ve seen similar tactics used in gay conversion therapy, cult programming and deprogramming, and other modern services, and the question remains: Once the programming starts what still holds us human?

The capper for me is the ending, where despite all of Alex’s faults, violence, and evil he still has a shot at becoming a person of note, politically and societally, because other bad actors will use him to get what THEY want, elevating him in the process. Where have we seen that before? 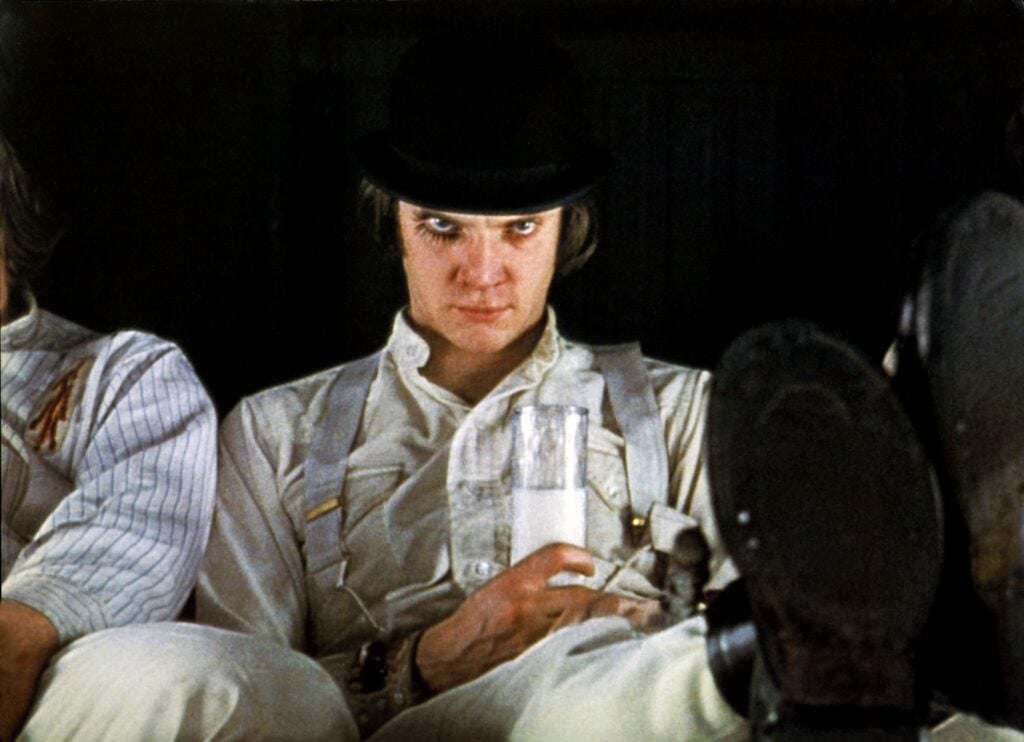 A Clockwork Orange has likely never looked better, anywhere. With 4k resolution, a light HDR pass, moderate grain, complete elimination of damage and dirt, and incredible detail for its age, this 4K does justice to every loving bit of background component that Kubrick snuck in. 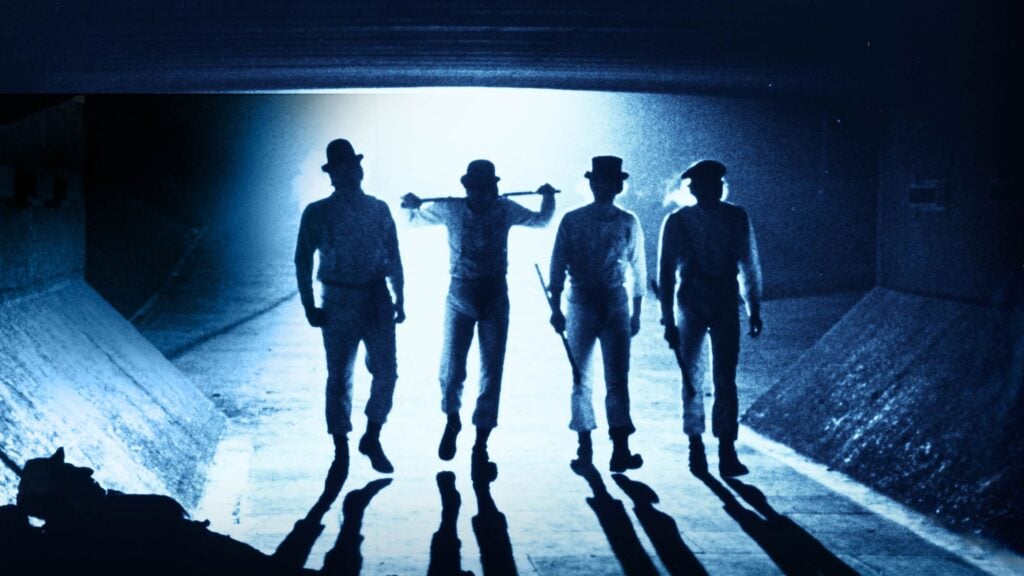 Sonically the DTS HDMA 5.1 track gives clockwork’s melange of classical music and Wendy Carlos’ malevolent synth pop soundtrack room to breath. There’s not a lot of directional movement, sub bass or loud pops but that’s not at all what the film is going for.

As a rule I generally don’t do commentaries. For some reason I chose to start this one and was still hooked an hour later. It’s very good, informative, and has the luxury of looking back decades to see the impacts of the film on the world and McDowell’s career and life.

Still digging through the rest of the extras but the samples I have seen are all excellent. They are all repeats from prior bluray tho, so points off for that. 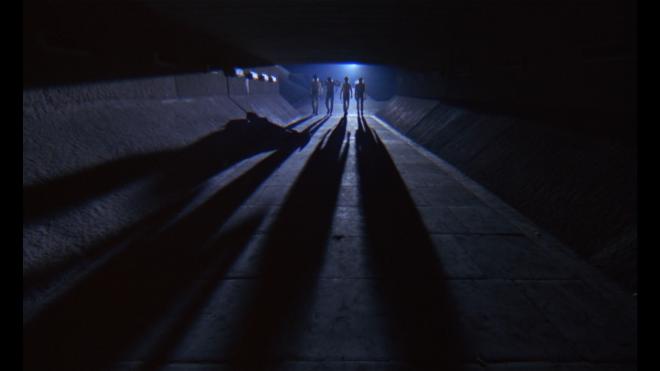 Overall I’m really glad I’ve revisited ACO and I came away even more impressed with Kubrick’s range, genius and takes on humanity. The film holds up incredibly well today and it’s influence can be felt on films as wide ranging from Mad Max to American Psycho. The two biggest takeaways for me are the central theme of whether one can still be oneself even when society beats everything that makes you YOU, good and bad and the idea that even the worst of us can ‘make it’ to the top if other bad actors can find ways to forgive your sins while using you for their own gain. Deep. 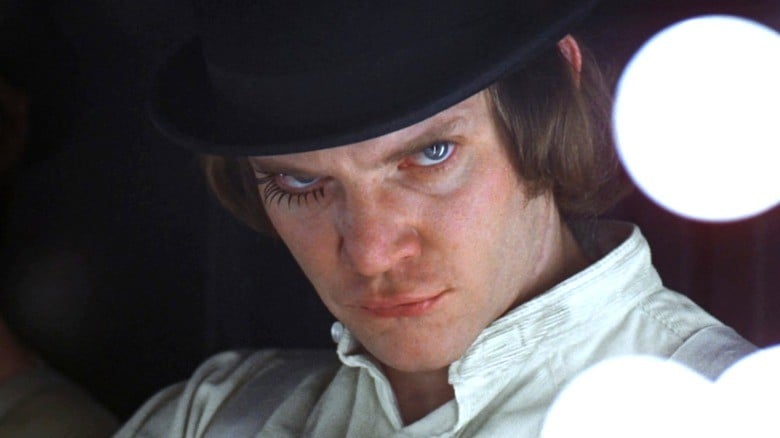 Any commentary guided by Nick Redman is worth listening to. Mr Redman had a rare gift for that . . . in addition to his other gifts.

Thanks for your review. I really liked the new video in UHD (looks worlds better than the monochromatic mush which was the BluRay), but I wasn’t thrilled with the audio- sounded much different than the BluRay- this new mix just doesn’t sound right.

The commentary is one I listen to quite often- one of my favorite tracks.

Thanks for the great feedback. I haven’t seen any other complaints on this mix. Suggest you run a new calibration just to rule that out.

Sam Posten said:
Thanks for the great feedback. I haven’t seen any other complaints on this mix. Suggest you run a new calibration just to rule that out.
Click to expand...

There have been significant complaints about the mix. Googling the title with “4K” and “review” brings up some. Will be interesting to see if the issues are somehow setup-dependent.
Last edited: Oct 20, 2021

Neither the bits not hddn mentioned it. If it’s randos on Bluray.com You’ll forgive me for not giving them much weight.

Sam Posten said:
Neither the bits not hddn mentioned it. If it’s randos on Bluray.com You’ll forgive me for not giving them much weight.
Click to expand...

Understood. Their reviewer was very critical, though. I haven’t bought the disc yet and have no opinion, but the reviewer on the British site, AVForums, listening on a reasonably-priced system, wrote: “There's something really harsh with the DTS-HD MA 5.1 track. First the good; the track is well separated, giving rise to a fairly wide surround field, and some decent layering within the mix, albeit very front heavy. . . . But, this occasionally feels artificial, with the level being pushed somewhat to give a very harsh edge to the treble, almost to the point of distortion, meaning it begins to grate after a while.” Your experience is different, obviously, but Jeffrey D’s impression isn’t unique.

Noted but disagreed!
You must log in or register to reply here.