The 1976 hijacking of an Air France passenger plane full of Israeli tourists is told from a strange point of view in 7 Days in Entebbe.

On July 4, 1976, Air France flight number 139 travelling from Tel Aviv to Paris after a layover in Athens was hijacked by two radical groups working together consisting of two Palestinians from the Popular Front for the Liberation of Palestine – External Operations and two Germans from the German Revolutionary Cells and rerouted to Entebbe, Uganda with the blessing of dictator Idi Amin (Nonso Anozie). It is the latter two hijackers that 7 Days in Entebbe focuses on, Wilfired Böse (Daniel Brühl) and Brigitte Kuhlmann (Rosamund Pike), interesting characters for sure (and terrific performances to boot), but one of many odd choices for this political thriller that was more compelling in the two TV movies that aired in late 1976 and early 1977 on ABC (Victory at Entebbe) and NBC (Raid on Entebbe). Director José Padilha (2014’s RoboCop), working from a screenplay by Gregory Burke, shifts the focus from the two Germans (with Böse conflicted and Kuhlmann determined and psychotic) to Israeli Prime Minister Yitzhak Rabin (Lior Ashkenazi) and his team of problem solvers lead by defense minister Shimon Peres (Eddie Marsan), to a soldier in training and his girlfriend who is rehearsing for a dance performance. It is the cutting back and forth to show each party’s point of view that often waters down the tension of the situation, even more so with the cutting back and forth between the raid and the dance performance, and that’s a shame, as this is an important historical event that had Israel’s eventual raid on the dilapidated terminal at Entebbe Airport failed could have changed the course of history and possibly propelled the world into a major conflict.

Universal’s AVC-encoded 1080p transfer of 7 Days in Entebbe retains the film’s intended theatrical aspect ratio of 2.40:1, and it’s a first-class presentation thought much of the movie’s 107 minute running time. Black levels are a bit dicey during the opening dance number, but vastly improve once we get past that, with deep blacks retaining relatively sharp shadow details. The movie has an overall 1970s look to it, with warm hues bathing the dilapidated terminal and runways. Flesh tones are natural and consistent throughout, and fine detail such as clothing textures and facial features are well refined.

The DTS-HD Master Audio 5.1 track provided, while not necessarily demo-worthy, is quite good. LFE is strong, particularly during the “dance” numbers, although some of the gunshots during the raid sequence are a bit anemic. Surrounds are implored more for ambience, including the hum of the airplane during the early hijacking sequence and wind and various cricket-like noises during the more quieter passages with the hostages in the vacant terminal. Dialogue is clear and understandable throughout.

Inside the Raid (1080p; 7:45): A slightly more interesting EPK piece featuring interviews with some of the original crew and passengers of Flight 139.

Additional Dance Sequences (1080p; 5:26): As the title implies, these are a few dance sequences that were cut from the finished film.

I wouldn’t call 7 Days in Entebbe a particularly bad movie, but one that had a great deal of potential that ultimately doesn’t pay off.

Thanks for the review. It looks like an interesting film with an interesting take on the events that occurred. I always enjoyed that old film with Klaus Kinski, Operation Thunderbolt. The whole sequence of events is truly fascinating with the tie in of General Idi Amin... Really bizarre.
You must log in or register to reply here.
Share:
Facebook Twitter Reddit Pinterest Tumblr WhatsApp Email Link 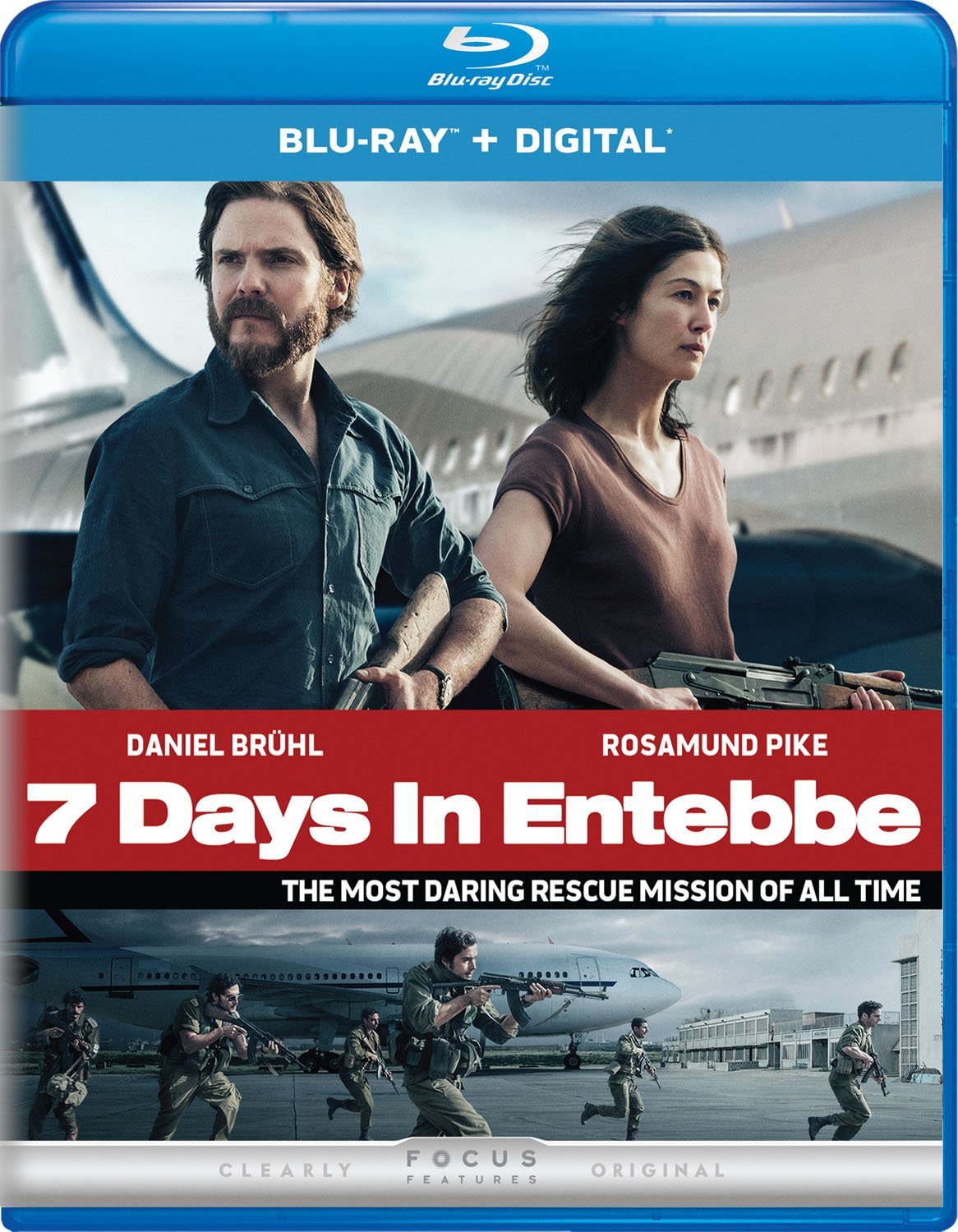