Forum List What's new Dark Style Change width
Log in Register
What's new Search
Menu
Log in
Register
Navigation
Install the app
More options
Dark Style
Close Menu
Posted on September 6, 2020 by t1g3r5fan
You are using an out of date browser. It may not display this or other websites correctly.
You should upgrade or use an alternative browser.
Silent Jules Verne adaptation debuts on Blu-ray 3.5 Stars

As one of the fathers of science fiction, French writer Jules Verne was one of the literary giants of the 19th Century whose influence was felt on both writers and scientists and whose works are the inspiration for the steampunk genre. So it’s no surprise that there has been several film adaptations of his novels going back to the early days of cinema; one of the first feature length adaptations of a Verne novel, 20,000 Leagues Under the Sea, had utilized a brand new cinematic technique to bring the story to life. Released by Universal Film Manufacturing Company (better known today as Universal Pictures), Kino has given the movie its Blu-ray debut.

When reports of a “sea monster” attacking ships surface, the United States government sends a group out to investigate, where they discover that the monster is actually a submarine called the Nautilus. After the ship is attacked and a group of four is thrown overboard, they are rescued by Captain Nemo (Allen Holubar) and are brought aboard. Meanwhile, a group of Union soldiers commandeering a balloon land on a mysterious island, where a wild girl of nature lives and a yacht of a former British colonial soldier is moored. All three groups converge in which Captain Nemo’s quest and his past is soon revealed to all…

As one of the first feature length movies based on Jules Verne’s works, 20,000 Leagues Under the Sea has a lot of interest today for the innovative (and revolutionary for the time) use of the camera. To be specific, this was the first movie to have scenes that were filmed underwater; pioneers of underwater photography George and Ernest Williamson were hired by Carl Laemmle specifically for the underwater sequences – filmed using an innovative system of watertight tubes and mirrors in the shallow sunlit waters of the Bahamas. While the photography is the main draw here, director Stuart Paton also manages to integrate some plot elements from Verne’s The Mysterious Island in addition to the source material; in retrospect, it does tend to give the film a bit of an uneven pacing due to the several plot threads but it doesn’t make it dull either. The other main quibble is that the quality of the performances are uneven as well; Allen Holubar – who, along with Jane Gail as the child of nature, plays Nemo in tropical makeup, to put it politely – and Matt Moore stand out among the sparsely credited cast. All in all, 20,000 Leagues Under the Sea is one of the more interesting feature length productions in early Hollywood, whose unique contributions in special effects outshine some of its more uneven problems today.

The film is presented in its original 1:33:1 aspect ratio, taken from a recent 4K restoration performed by Universal Pictures, for this release. Film grain is organic, with fine details and original tints given a decent and faithful representation. There are scratches and dirt present, but that’s to be expected for a movie over a hundred years old; they don’t really distract from the overall viewing experience. Overall, this is likely the best the movie will ever look on home video, surpassing the film’s previous Image DVD release.

The film is accompanied by a newly composed music score by Orlando Perez Rosso, presented on a DTS-HD Master Audio track for this release. The music is clear and strong, with great fidelity throughout without any problems like distortion present.

Commentary by film historian Anthony Slide – Recorded for this release, Slide talks about the movie’s production as well as its innovative use of underwater photography. Very informative and insightful.

20,000 Leagues Under the Sea is an intriguing – if somewhat imperfect – film adaptation of the Jules Verne novel that broke new ground in special effects for the time. Kino has done a great job in bringing the movie to Blu-ray, with a solid HD transfer and a very informative commentary track to go with it. Pick this one up as a companion to the far more well known 1954 Disney movie – what a double bill these two would make!

I enjoyed reading your review, Mychal, and I look forward to purchasing this release at the next Kino sale.

I enjoyed your review and ordered this title which arrived Wednesday and I watched this movie for the first time yesterday. 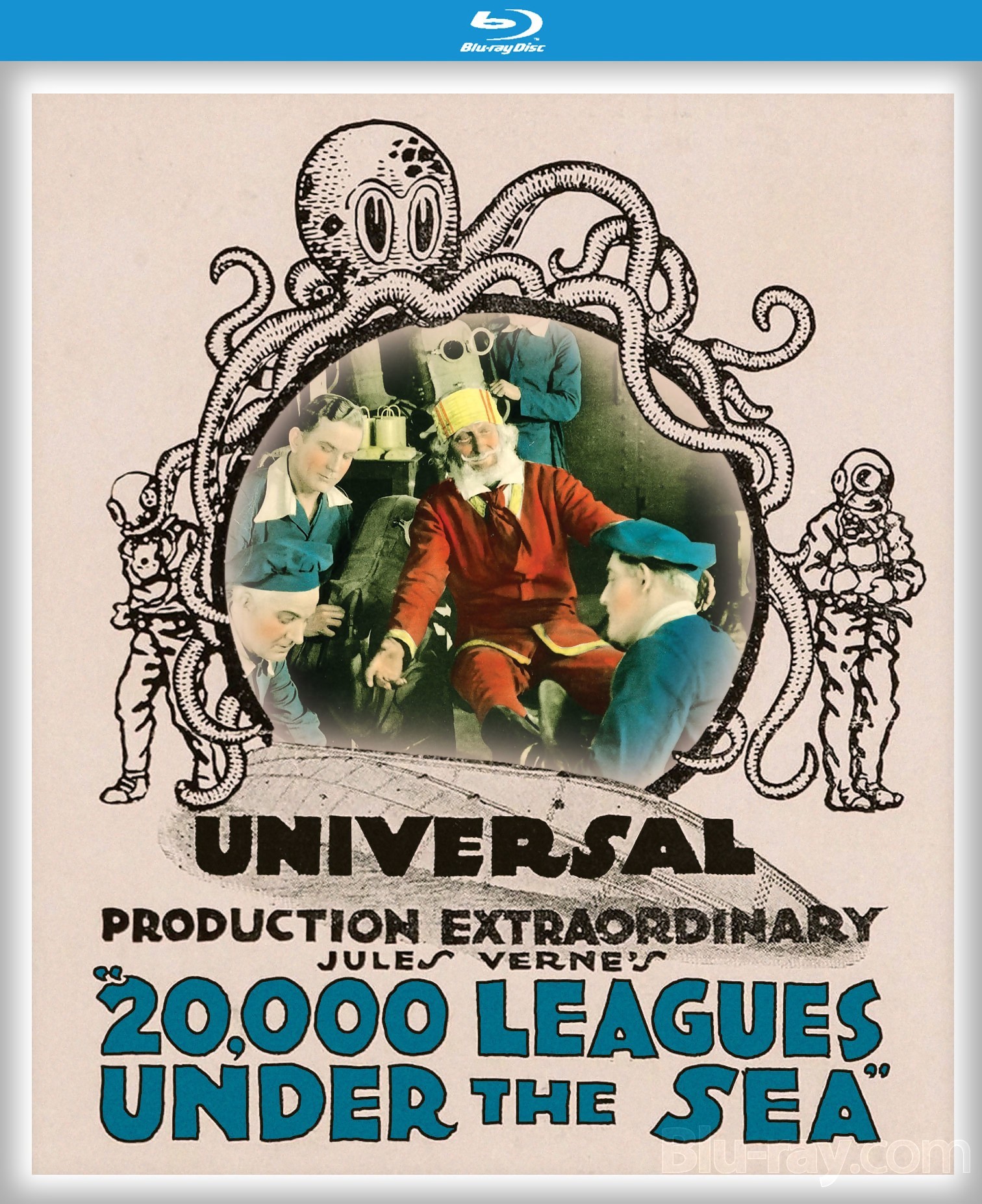